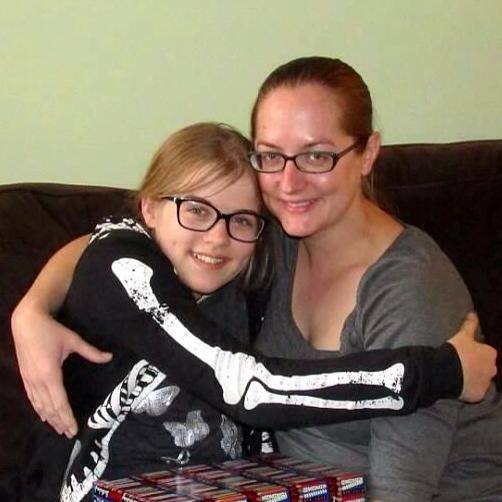 Just over two years ago I was gloriously naive. Before the police knocked on my door the morning of May 31st, 2014, there was a lot I didn’t know.

I didn’t know my daughter had a serious mental illness. Morgan had always been a quirky child. Extremely intelligent and intensely creative, people often said that she “marched to the beat of her own drum.” Although (in retrospect) there were a few red flags over the years, we were continuously reassured by her doctors and educators that Morgan was well “within the range of normal.”

Morgan now reports having had symptoms for practically her entire life. She recalls having visual hallucinations, like seeing colors on the walls, shadow people in the mirror behind her, and words moving around on the page of a book as young as three. Her primary auditory hallucination, whom she has named “Maggie,” has been a there as long as she can remember. She tells me that she initially didn’t tell us about these things because she assumed everyone experienced them. Because this had always been her reality, she thought it was normal. As she grew older and realized this wasn’t the case, she says she didn’t tell us because “we would have done something about it.” Because Morgan’s hallucinations were (mostly) friendly, she didn’t want to lose them.

I didn’t know that a 12-year-old could be charged as an adult. The first time I met with Morgan’s attorney, I said “thank god she’s twelve.” I was shocked to learn that in the state of Wisconsin, a child as young as ten can receive automatic adult jurisdiction. This barbaric practice needs to end. Neuroscience has told us time and time again that the brain is not fully developed until the age of twenty-five. How can we punish someone for the rest of their life for something that happened when they were twelve, and in my daughter’s case suffering from an untreated serious mental illness? A child always deserves another chance.

I didn’t know that the mentally ill could be refused treatment by the criminal justice system. Perhaps what I was most unprepared for were the difficulties I would encounter trying to get Morgan treatment. She is a sick child, and in my mind that meant that treatment was obligatory. If she had diabetes, she would be given insulin. If she had a seizure disorder, she would be given anticonvulsants. If she broke a bone, or sustained a head injury, or required stitches, she would be taken to the hospital for treatment. Why should a mental illness be treated any differently than a physical illness?

It would take nineteen months from the time that Morgan was arrested to finally get her treatment. We made our first request at her very first court appearance, just days after her arrest. We asked that she be transferred to a psychiatric hospital, instead of being taken back to the Washington County Juvenile Detention Center. Our request was denied. A few months later Morgan would be found incompetent to stand trial, and transferred to the Winnebago Mental Health Institute (WMHI) for competency evaluation. There she would receive a comprehensive psychiatric evaluation and be diagnosed with childhood onset schizophrenia. However, by the time she finally received a diagnosis she was also determined to be competent to stand trial, and was to be transferred back to the juvenile detention center. We made a request of the judge for Morgan to remain at WMHI. He said yes, but Winnebago would not take her back, saying that they had no jurisdiction to hold her there. So in December 2014 she returned to the Washington County Juvenile Detention Center, without medication. In April 2015 we requested that Morgan be transferred to Milwaukee Academy, a residential treatment center where we hoped Morgan could finally receive treatment for schizophrenia. Once again the judge denied our request, stating that Morgan was “a flight risk and a danger to the community.” Morgan had now been in custody and floridly psychotic for nearly a year. Running out of options, we decided to pursue a chapter 51 civil commitment. The problem was that Morgan was not considered to be “a danger to herself or others,” even though she was being held on a charge of first-degree attempted homicide. It would take us nearly 6 months to have Morgan committed under Wisconsin’s fifth standard of chapter 51:

In December 2015 Morgan was finally transferred back to WMHI, this time for treatment. She has been on anti-psychotic medication for over six months and is compliant with treatment, even acknowledging that it helps her. Prior to treatment Morgan suffered from anosognosia, stating that she was not sick and didn’t need help. Although she has never refused treatment (something that has been frequently misreported in the media) she often told me that she “liked her brain the way it is.” She has now developed insight into her illness and tells me it was “scary” to be psychotic.

Navigating the mental health system or criminal justice system are frustrating and heartbreaking endeavors. Having to deal with them both simultaneously is nearly impossible. I often worry about the repercussions of Morgan’s extended psychosis. The criminal justice system allowed my daughter to remain psychotic for over 19 months. Studies have shown a correlation between the duration of untreated psychosis and long-term recovery. We need to do better. The overwhelming majority of juveniles involved in the justice system have mental health problems. These children deserve to be treated with the same compassion as children who suffer from a physical illness. If we want them to become productive members of society when they are released, we need to treat their mental illness and give them an opportunity to recover.

Morgan is now fourteen years old and has been in police custody since May 31, 2014. She is currently being held on an adult forensic unit at WMHI, under the terms of her chapter 51 commitment.

—Angie Geyser is an amazing mom and medical professional. She lives in Wisconsin—