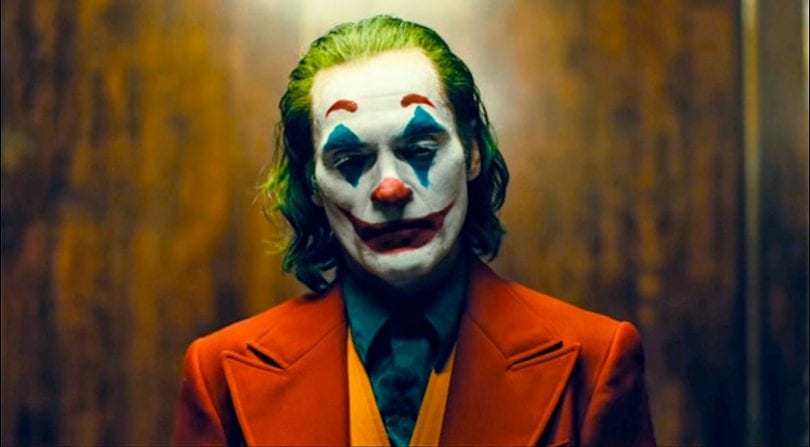 Nothing prepared Kris for “The Joker” to be the chillingly accurate, graphic horror story that is part of her son’s life.

I love everything about going to the movies. The anticipation of seeing a film that seems to take forever to come out, waiting in line for popcorn, watching the previews, and most importantly getting lost for two hours in a story. Escaping whatever reality I am dealing with at that very moment in my life – good or bad.

When we purchased tickets for “The Joker”, I was under the assumption I was going to a fantastical depiction of a character from the Batman movies. I did not realize I would be watching much of the reality I face on a daily basis with my mentally ill son. Was it lack of research on my part? In my opinion, the movie was advertised as part of the comic book phenomena. Nothing prepared me for “The Joker” to be the chillingly accurate, graphic horror story that is part of my son’s life.

Within the first few minutes of the film, I started to get uncomfortable. I could feel the tension in my neck and anxiety wash over me. I recall looking at my husband to see if he was somehow exhibiting the same response as I was. At one point, I whispered to him that this scene hit excessively close to home. I believe it was when the main character of the film, Arthur Fleck, was on the bus, laughing uncontrollably.

I could not separate this movie from my reality. Fleck TRIED to do what he was supposed to do to get help and The System let him down at every turn. From cutting funding for his counselor, to making it difficult for him to get his meds, to getting him a weapon when he wasn’t supposed to have one. He TRIED – and no one, not one single person – made it easy for him. Fleck’s illogical, maniacal, actions of which he seemed to view as perfectly logical is a symptom of mental illness that is common at my house. The difference is, I have not and do not expect to experience murder, mayhem, and violent acts from my son. The sad, lonely, isolated existence displayed in Fleck’s life is how my son currently lives. As a mother, that reality is desperately hard to watch.

The anger I feel for Joaquin Phoenix has nothing to do with his portrayal of Arthur Fleck. He was brilliant as Fleck. The entire movie was wonderfully written and directed. Phoenix was amazing at playing an individual with a mental illness. The paradoxical laughter, which is something my son suffers from, was skillfully acted out. I recently watched a YouTube video of “Know Before You Go: Joker / Movieclips Trailers”. In it Joaquin describes doing research for the laughter in the film by watching individuals who have this uncontrollable laughter, or paradoxical laughter, and he mimicked those individuals. Real people provided inspiration to Phoenix for the character Arthur Fleck, real people, who struggle to make a life in this world that does not do nearly enough to accommodate them.

Joaquin Phoenix is a lover of animals. That is apparent in his longtime activism for animal rights. I am also a lover of animals and have attended animal rights events, marches, and even helped to free turkeys from a factory farm. I have volunteered at a local farm sanctuary and organized fund raising. The efforts from Phoenix in regards to animal liberation is respectable and appreciated by me as a fellow vegan activist.

My unresolved anger and probable unrealistic expectation was that Phoenix, as a humanitarian/activist would use his platform to bring awareness to the stigma of mental illness, as he so loudly does for animal rights. When Joaquin accepted the Golden Globe and later the Oscar for best actor for this role, I was anticipating that he would passionately discuss the long overdue topic of mental illness. I was longing for him to say something about his role as Fleck and the devastation that he felt about playing what appeared to be a traumatized schizophrenic.

Instead, at The Golden Globes, he spoke about the vegan meal offered and addressed the environment and fires in Australia. Although, very commendable subjects, the topic of mental illness was never brought up. The Oscars speech by Phoenix was beautiful and moving on behalf of the movement surrounding animal rights. He appeared to be taking the opportunity to speak on behalf of the voiceless and issues that we are facing collectively. He spoke about the fight against injustice and inequality, and how one species should not have the right to control, use, and exploit another with impunity.

And yet, I believe my son and many like him were exploited in the movie “The Joker”. Phoenix’s research on how to portray a mentally ill individual in itself is exploitation. Perhaps he felt entitled to do this in the name of art and does not see the egocentric behavior associated with that. The character Arthur Fleck deserved recognition in his speeches. The voiceless individuals on the streets, in behavioral units, in jail, and all around us deserved gratitude.

Imagine the number of people that could have been educated about mental illness had Phoenix mentioned one word surrounding this great dilemma that affects our society as a whole.

As an animal lover and vegan enthusiast, I follow many social media sights on these topics. Within hours of the Oscars, Phoenix’s speech was appropriately praised. According to the LiveKindly.com/news, Actress Lena Dunham said Phoenix’s speech turned her vegan. Another individual stated on social media that as a vegetarian, her thought process surrounding dairy was changed due to his remarks and she would now go vegan. Her thought process had changed. Imagine what attention could have been brought to the world on behalf of the mentally ill.

Joaquin Phoenix had the platform and the opportunity to bring attention to the stigma behind the role he played; that of an individual who suffers the devastating effects of mental illness. The horror display in “The Joker” is the reality that many individuals live with – loved ones, children, parents and the forgotten homeless. Millions of people face this devastating illness, and I have not heard one word spoken about the stigma behind it by those involved in this movie. It would’ve been so easy, and so impactful, for Phoenix to include just a few supportive words when he had the attention of the nation and the platform to do it.

Is my anger at Phoenix rational? No. I did however expect more from him. Great learning lesson for me. My admiration of him over common interests made me believe he would champion my plight. I acknowledge the fact that this is so personal to me because it is just that, my personal plight. I would not feel as strongly about the ignorance displayed if it was not personal.

It is personal. My son has suffered from paranoid schizophrenia for many years. He is 26 years old. A former varsity football player, who loved hiking, camping, and being involved with his family. He had dreams and aspirations of going to college, having a family and living a fulfilling life. Currently he manages to get through each day trying to avoid demons, paranoia, voices, and visual hallucinations. He is very lucky to have a wonderful support team consisting of an assisted outpatient treatment team, his prescribers, therapists and family members. He is under mental health court commitment, indefinitely, which is an added benefit to him. My hope for him is to find peace, happiness, and serenity in and amidst a life with a serious mental illness. I hope that one day he can reach his dreams and aspirations. I hope he lives long enough for that. I hope he is never successful at taking his own life, which he has attempted many times. Peace and love, for now, is my daily prayer in respect to my son.

Joaquin Phoenix – thank you for all you have done for the animals. Now, on behalf of Arthur Fleck and the other millions of voiceless individuals, please bring awareness to mental illness.

In the past six years, my son has taught himself to play guitar beautifully and loves to entertain others. He is a wonderful uncle to his nieces and nephew. He calls his parents and grandparents just to tell them he loves them. When he is in a good place his smile lights up a room.

My son is living on his own with the support of his AOT team, therapists and family members. Although lonely at times he seems to be doing ok in this new existence. He continues to be hospitalized a few times a year when the paranoia gets too severe to manage. His last hospitalization included a life altering foot injury resulting from a jump off a balcony, as he was trying to get away from serial killers.

Before submitting this, I asked him to read it in full. I respect him enough to get his permission to send this to a social media site or newsletter. He did so without hesitation.